Villa Pazzi al Parugiano is located in an enchanting historic park framed by stone walls, in the florentine countryside.

The origin of the Villa dates from the medieval age, but its style belongs to the Pazzi family, one of the most famous and influential florentine families who conspired against the Medici family in 1478.

In 1500, thanks to Alamanno dei Pazzi and to Geri di Poldo dei Pazzi, the Villa assumed its renaissance structure and style that it still maintains today. The property belonged to the Pazzi family until 1935, when it was bought by Adolfo Coppedè (1871-1951), a famous architect of the period. Coppedè made important structural and decorative changes to the villa. He added the renaissance loggia which joins the park to the italian garden and the imposing gallery that overlooks the italian garden. The gallery was built to keep the furniture made by the Coppedè workshop, together with paintings and statues (which, in part, are present nowadays).

In keeping with the stately villas of the period, Villa Pazzi al Parugiano had a private chapel, which has been maintained intact through the centuries and continues to have historical significance thanks to the paintings of Giovanni Stradano (Jan Van der Straet), a flemish painter and student of Giorgio Vasari. Stradano was born in Bruges in 1523 and, after a period of apprenticeship at his father’s workshop in Anversa, came to Italy in 1550. He lived in Florence at the court of Cosimo I dei Medici, which offered him the ideal enviroment to develop his style and fulfill his artistic needs. Between 1555 and 1565, he worked alongiside Giorgio Vasari decorating the rooms of Palazzo Vecchio and in 1583 he was appointed by Girolamo dei Pazzi to decorate the chapel of Villa Pazzi al Parugiano.

The frescoes in the chapel are a true masterpiece. The walls are entirely painted, culminating in the volta ceiling, where “God Father in Glory” and the “creation of the elements” are represented. These scenes are opposite the “Creation of Adam and Eve”, the “Original sin” and “The cacciata dal paradiso terrestre”.

In 1985, the Villa was purchased by the present owners and has been completely restored. 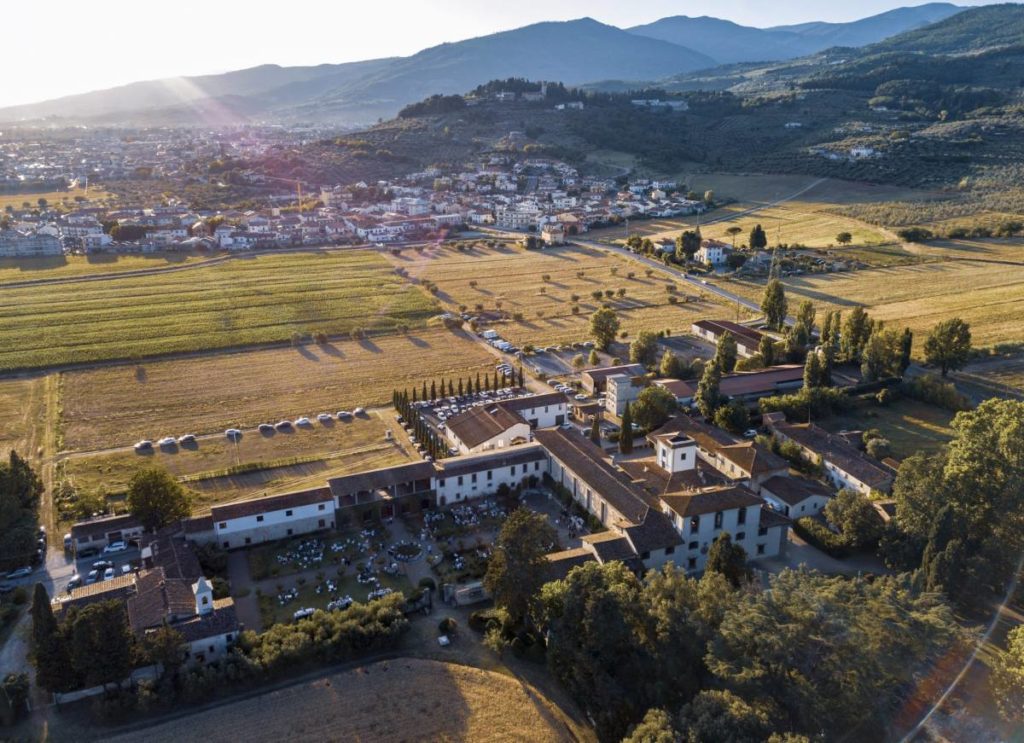 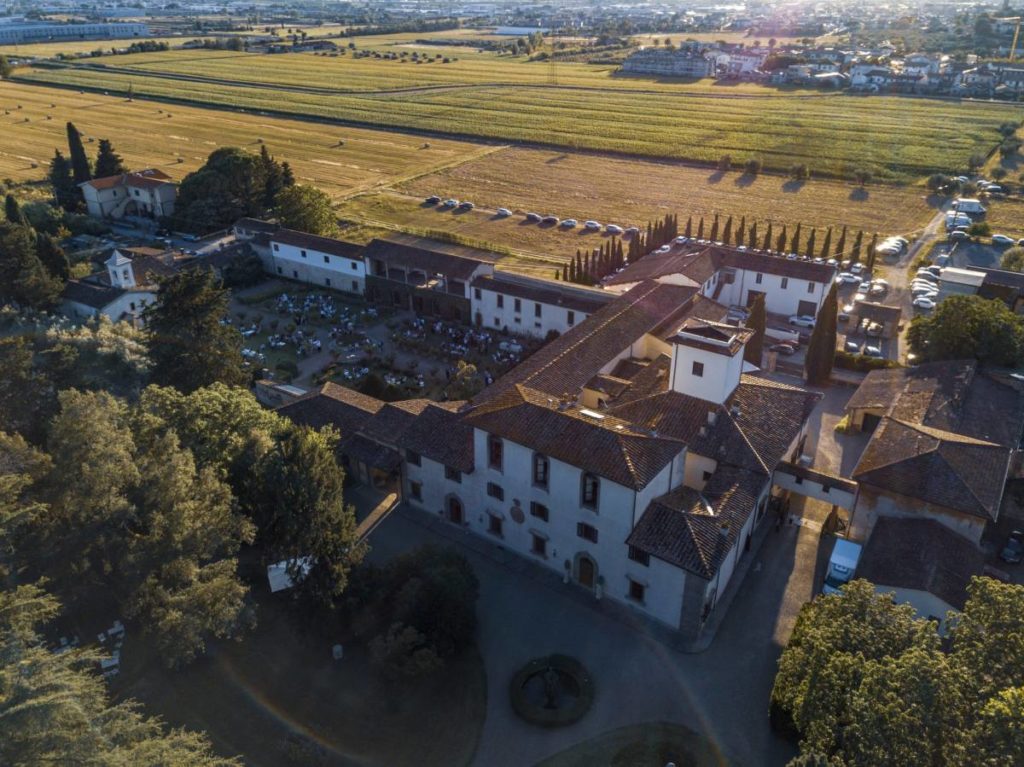 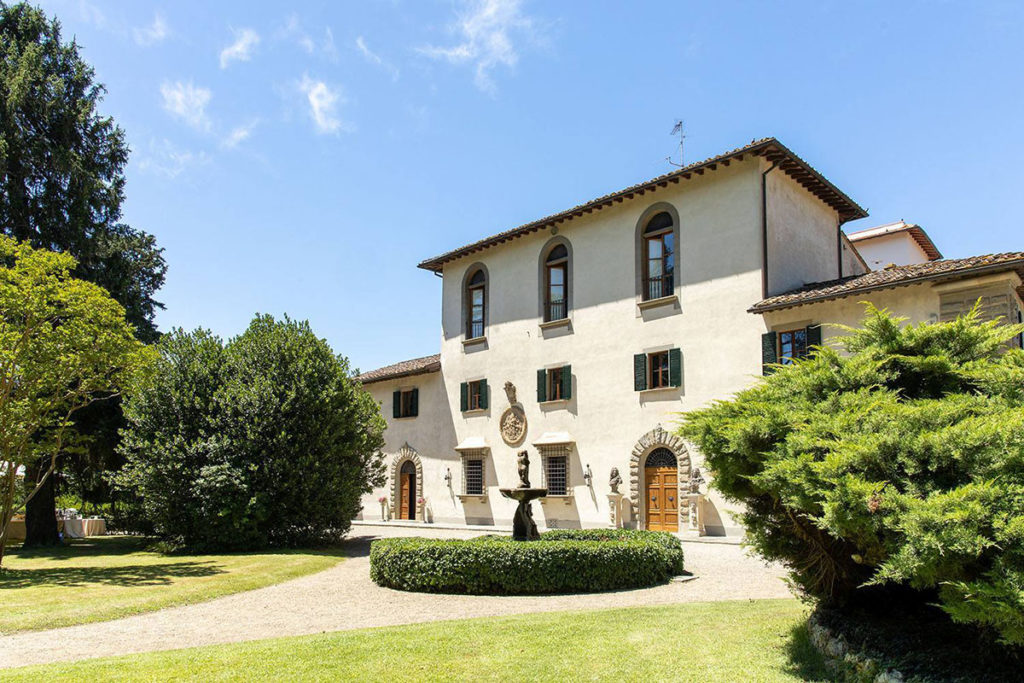 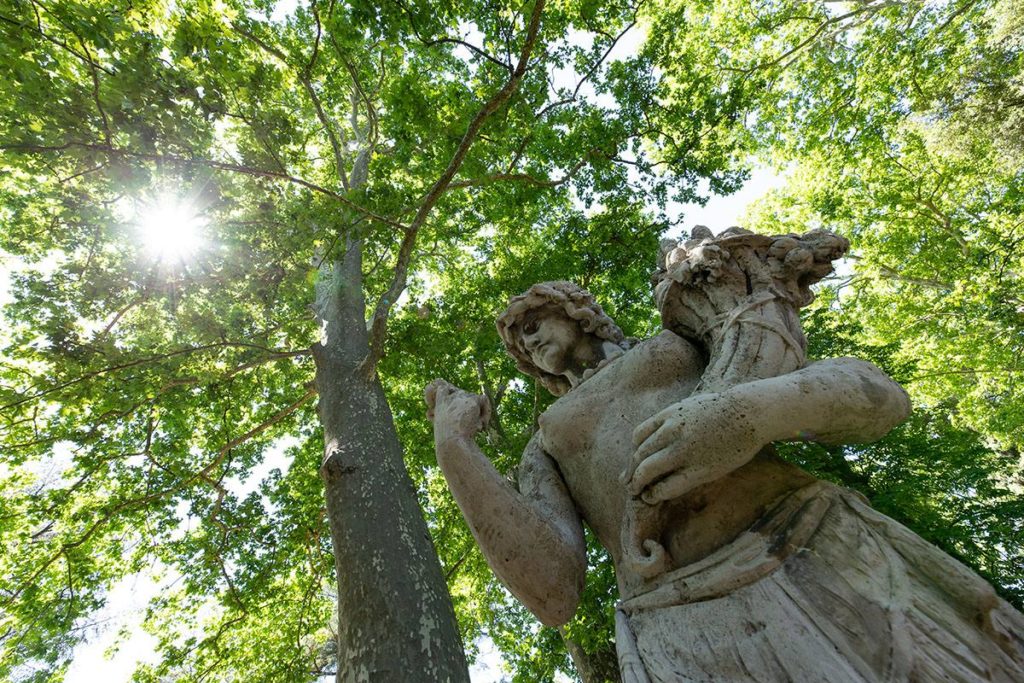 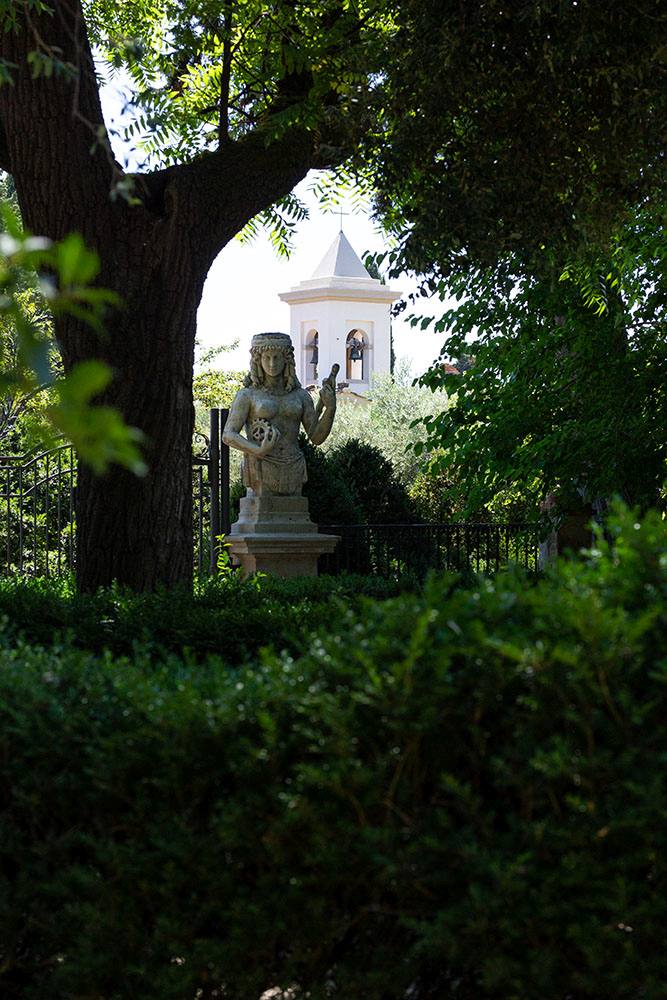 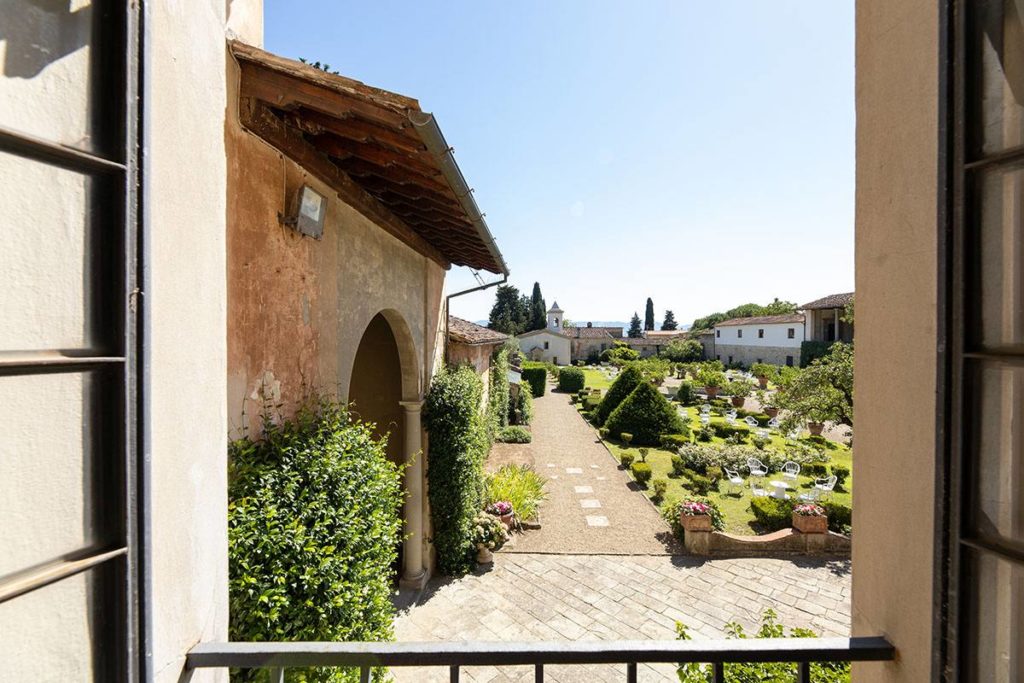 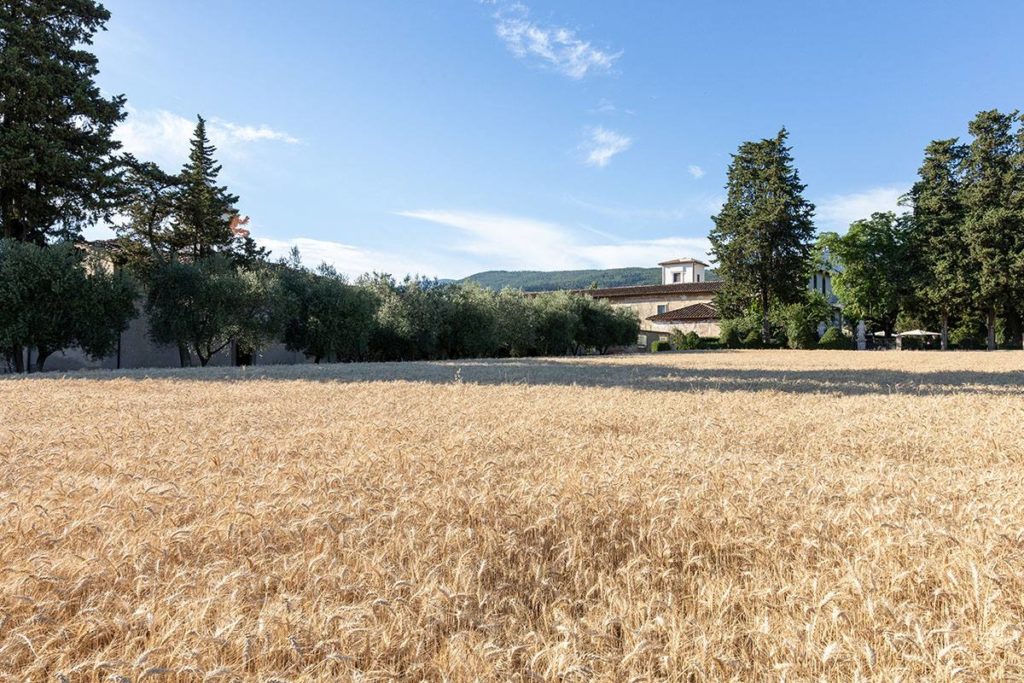 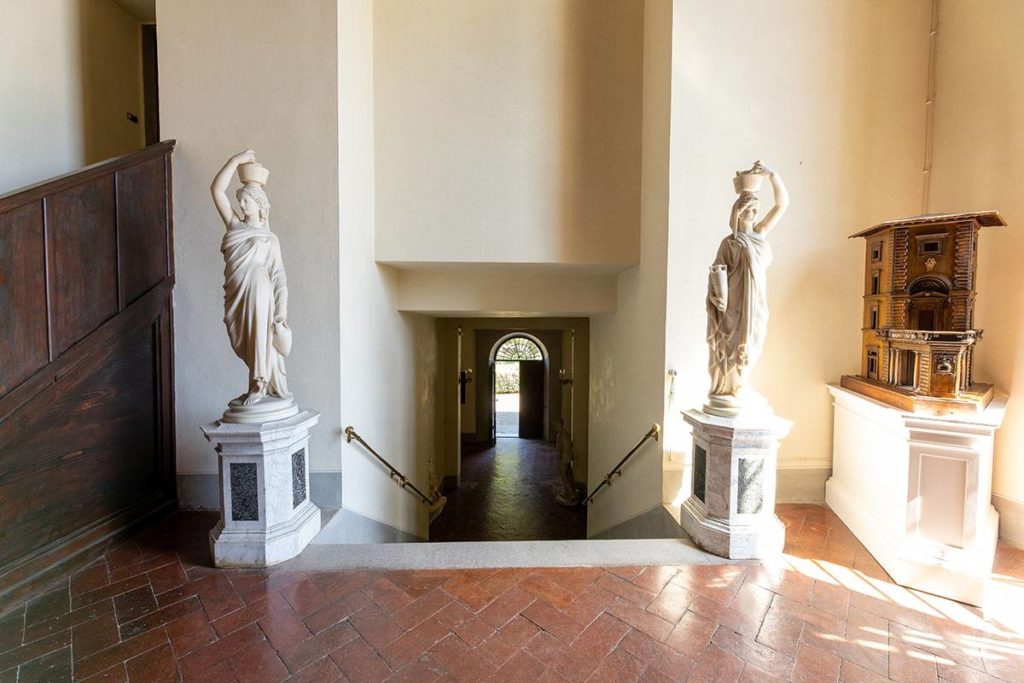 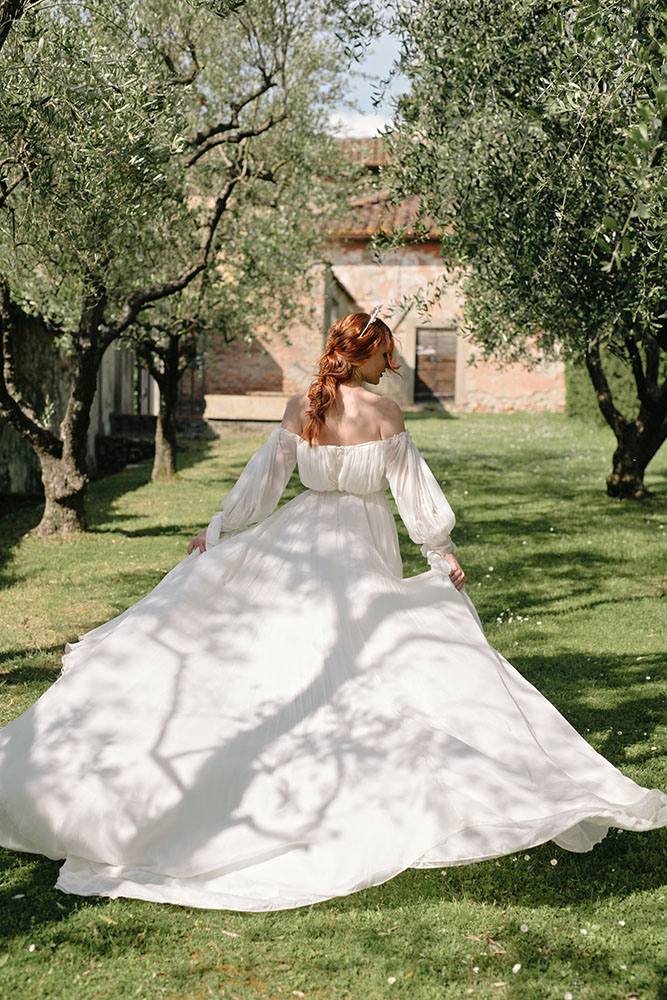 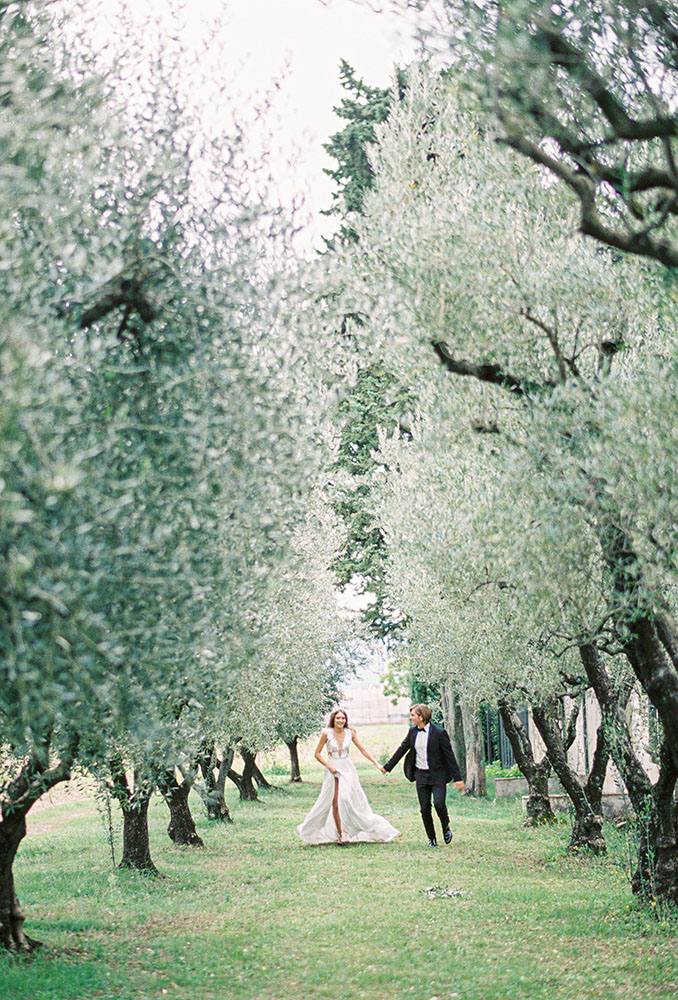 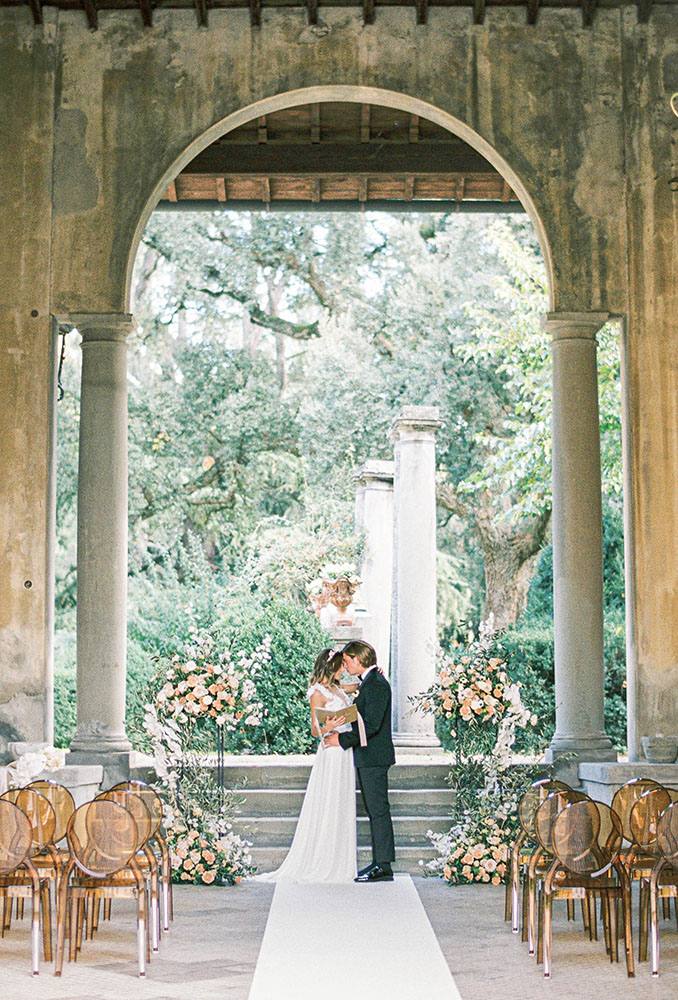 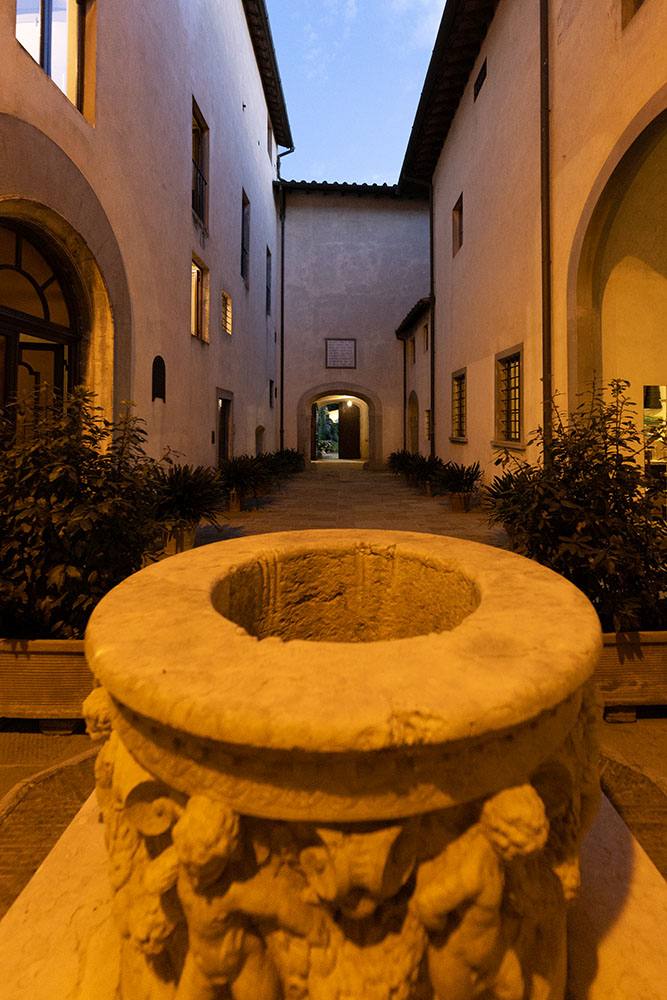